Consumer confidence, the discount retail market post-Brexit, and optimism ahead 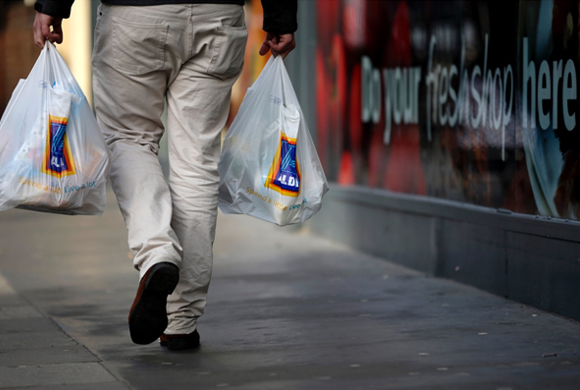 The United Kingdom (UK) electorate voted on the 23rd of June 2016 to abdicate its membership in the European Union (EU). Subsequently, on the 29th of March of the following year, the governing body in the UK triggered Article 50—setting into motion a two-year period for completing the necessary processes needed to leave the EU. Much of what occurred after, especially through the political landscape and media outlets has involved widespread talk about uncertainty in the economic outlook for the UK if negotiations with the EU turned out critical for the economy. Ongoing concerns and continued analysis of every factor during the negotiation process has created exaggerated sentiment of the projected outcome which has instilled unease in the minds of market watchers, citizens, and the global population. The fact of the matter is that political affairs have almost no impact on immediate economic performance. This is according to Roger Bootle, a well-respected economist who founded “Capital Economics” in 1999 and is a Special Adviser to the House of Commons Treasury Committee and Honorary Fellow of the Institute of Actuaries. Bootle argues that the terms of Brexit are not entirely irrelevant, however will unfurl over several years and will be determinant on UK policy decisions thereafter.

Furthermore, the current UK economic climate antecedes the Brexit vote and is not entirely dependent on the UK/EU divorce decision. In fact, the growth rate recorded in 2017 at 1.8% was slightly lower than the rate recorded in 2016 at 1.9% and provides no basis for argument in terms of deterred growth; thus, while UK growth has decreased relative to other international countries, this merely reflects differences in the economic cycle and is temporary. Interestingly enough, Brexit has instead contributed to ‘rebalancing’ the UK economy which can be observed by the rate of investment growth in 2017 strongly outpacing growth in 2016.

That being said, there has nonetheless been some continued effect from Brexit which has impacted consumer spending due to the pressure on real incomes caused by inflation increase and the fall of the British pound. Yet, this is also assumed to be temporary until inflation scales back.

The spread of the idea of uncertainty and caution projected by political and media channels about how the economy will perform in the near-term has led to a notable decline in overall consumer confidence. And until this sentiment wears away, we expect a delay in discretionary purchases. While consumers are indulging in ‘planned’ household spending, or consumer staples, the likelihood of increased footfall amongst discount retailers has been highly evident vis-a-vis other convenience departmental stores. This is due to the lean business models of these discount retailers; in other words, the margins required by discount retailers to stay afloat compares favourably to department stores.

The macroeconomic indicator that boosts the relative competitiveness of UK discount retailers is that of the erosion of the value of the pound against a trade-weighted basket of foreign currencies. The depreciation of GBP against USD is shown in the figure below.

Since a significant portion of household consumables have been imported by UK retailers, the depreciation in local currency implies lower margins as procurement costs increase. And as there is a fierce price war between the different retailers, this will in turn prevent a full increase in procurement costs to be passed on to consumers. With discount retailers having already established supply chains from local sourcing and products and with lower capital liabilities; they are more likely to endure the lowest impact towards this factor.

Discount retailers like Aldi Stores Ltd and Lidl Ltd have embarked on a strategy of keeping the sales prices as low as can be sustainable; thus, the market share of these entities are expected to increase with time. A similar strategy has now been pursued by Asda, the UK’s third largest supermarket with high levels of foreign investment from its parent – Wal-Mart Inc.

Given the fact that little is known about the outcome of negotiations regading trade agreements which will supersede the existing British free trade agreements with the European Union, this has further prevented retailers from having clarity in future business dynamics. There are two possible outcomes: one, Theresa May’s “special partnership” agreement calling for tariff-free and interference free trade; and two, trading on World Trade Organization (WTO) rules which imply tariffs on imports from the EU which is also imposed on all countries. Since British exports to the EU account for 12% of the country’s GDP, there is a higher percentage (88%) of GDP allocated to countries other than the EU – which puts the share of the EU’s trade relationship with Britain in the shadows compared to the trade relationships that Britain shares with the rest of the world.

Although the fact stated above provides good enough reason to be optimistic, it is still important to evaluate the impact of the current response post Brexit to household consumable items which form the main product categories of discount retailers as is summarised below:

Household appliances: With uncontrollable economic uncertainty and a likely reduction in the free flow of migrant labour in the UK, the property market has been facing a slowdown due to falling investor sentiment. This has resulted in a decline in the demand for household appliances.

Merchandise categories: Amongst the merchandise categories, cosmetics and toiletries are likely to erode margins for discount retailers since as much as 50% of these products are imported from the EU. Hence having favourable trade agreements in place will likely benefit those retailers. Correspondingly, the investments in the housing market are likely to plateau in the near term as foreign investors will be cautious. This would lead to a decline in sales of household items and furniture.

Toys and entertainment goods: Most of goods sold under this product category are imported thus presenting inflated procurement costs owing to the weakened pound vis-a-vis other currencies. With flagging consumer confidence; interest in online sales channels which provide better deals would also pose as a challenge for discount retailers.

Vegetables and fruits: With heavy reliance on imports for agricultural produce like fruits and vegetables; trade barriers if erected by the EU following Brexit would imply an erosion of margins for some discount retailers such as Iceland Foods Ltd. There is also the probability of a loss of subsidies currently received by the farmers due to the EU’s Common Agricultural Policy.

Seafood: With flagging consumer confidence, the sales volumes of this product category is likely to decline. However, with a high proportion of the seafood supplies taken from the catches landed in the UK, the deteriorating pound presents little downside risk for discount retailers. As a result of Brexit; the Common Fisheries Policy (CFP) will need to be renegotiated with other members of the EU which further is a cause of worry for the discount retailers.

Meat products: With the discount retailers procuring a large portion of their meat supplies from within the UK, the depreciating pound or trade barriers are unlikely to affect the margins of the market players. There can, however, be a scenario of reduced sales of high-value products owing to falling consumer confidence.

Bread and bakery products:  Sales for some of the discretionary products like cakes and artisanal bread is likely to reduce owing to a weaker consumer confidence and falling real incomes owing to a higher inflation growth vis-à-vis the wage growth. Further, while the UK is largely self-sufficient in wheat supplies, other raw materials such as sugar and cocoa needs imports are likely to increase in price due to the depreciating pound.

As analysed based on the above factors; discount retailers /supermarkets are going to benefit at the cost of the Big Four supermarkets, namely Asda Stores Limited, WM Morrison Supermarkets Plc, Tesco Plc and Sainsbury’s Supermarkets Ltd in the UK. Hence, discount retailers are automatically a preferred choice in the midst of reduced consumer confidence post the Brexit vote.  This would, however, be at the cost of declining margins owing to the impact of the depreciating pound. To counter this aspect, discount retailers have been expanding aggressively in out of town locations which are within proximity to the consumers as can be seen for Poundland, Poundworld, etc. These players are also capturing the market left vacant with a reduction of the presence of other large supermarkets such as Woolworths.

With regards to the UK economic climate, there is much to be said about Brexit negotiations not having a major impact on the UK economy. There is room for much positivity and assurance in that sense. While it was predicted previously that Brexit might drive the UK into recession and place the economy into serious distress, none of these predictions have been witnessed yet. In fact, any type of trade agreement with the EU will not falter continued trade, regardless of the result.

Sam Arrowsmith. (2017). “Retail Revolutions. The Growth of the Value Sector in the Out of Town Retail Market.” Savills Commercial Research. Retail sector 2017.
http://pdf.euro.savills.co.uk/uk/commercial-retail-uk/retail-revolutions-growth-value-sector.pdf

Previous
Next
Current Investments
Sign up to stay up to date